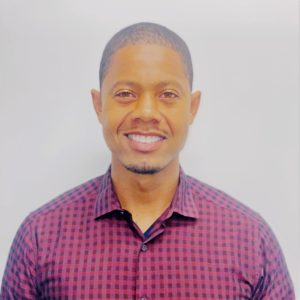 Hello world, I'm a native of Oakland, California. I’ve loved animals since I opened my eyes and saw my first dinosaur. I initially wanted to be a paleontologist and study dinosaur bones, which is why Jurassic Park is my favorite movie. My parents fanned the flames of my love for animals, taking me to zoos across the country, buying animal books, posters from my favorite wildlife photographers, and sending me to zoo camp every summer at the Oakland Zoo.

After high school, I went to the greatest college in the country to run track, North Carolina A&T State University! As an animal science major, I discovered many avenues animals and veterinary medicine could take me. It was apparent being on a farm was foreign territory to a kid from California when I hopped off the bus in sunglasses, Converse, and Starbucks ready to ‘take notes’, while the rest of the class was in overalls and rubber boots ready to palpate cows! While at A&T I became a part of Kappa Alpha Psi fraternity Inc., was on SGA, and gained friends that became family. After graduation, I participated in a program studying marine life and the health of the reefs in St. Kitts.

I then went down to Alabama for my Master's and got into Veterinary School. After my 1st year, I interned at Banfield in Las Vegas. I’ve always had a passion for wildlife and zoo medicine so, after my 2nd year of vet school, I spent a month in South Africa working with wildlife vets throughout the national parks. I spent another month working with the vets at the Oakland Zoo and after that, I went to Nicaragua with a surgery program that provided free Spay and Neuters to local towns.

In my last year of Veterinary School, I went to Houston to extern with the vets at Cy-Fair Animal Hospital which you may have seen on the TV show ‘The Vet Life’ as well as with the veterinarians at the Los Angeles Zoo where I worked with sea lions that give kisses and elephants that paint. I graduated in May 2020 and the Golden State called me back home.

In my free time, you can find me scuba diving. I'm part of the National Association of Black Scuba Divers. I’m also a travel addict. I've been to every continent except Antarctica, I’m currently training to do a marathon there. In 2019, I climbed Mt. Kilimanjaro to raise money and awareness for Autism. I snowboard in the winter and waterboard in the summer. I’m on a constant hunt for good Mexican food, I love glazed donuts and mango madness Snapple, and if you really want to win me over I can be bribed with little Debbie pecan rolls! I have a giant schnauzer named DASHING. I love the Oakland A’s and I’m the type of Dallas Cowboys fan that makes you HATE cowboys fans. Most importantly my life’s motto is “Never frown, you never know who’s falling in love with your smile”.